A week or so ago the lovely Kat aka The Couture Academic nominated me for the Very Inspiring Blogger/One Lovely Blog award! I was thrilled!
Inspiration is the raison d’etre of this blog!!

I get so much inspiration from Kat’s bold adventures…from couture dresses to lingerie. She just jumps in and gives it a go! And writes great details about what worked as well as what didn’t, which is just as interesting…if not more so!! Thanks for all the time and thought you put into to documenting your adventures, Kat!

Here are the rules of this lovely award:

1. Thank the person who nominated you
2. Add The One Lovely Blog Award / The Very Inspiring Blogger Award to your post.
3. Share 7 things about yourself.
4. Pass the award on to 10 nominees.
5. Include this set of rules.
6. Inform your nominees by posting a comment on their blogs.

Seven Things About Me: (in no particular order) 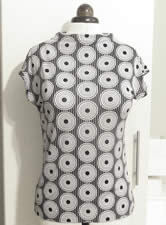 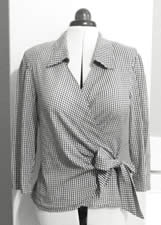 25/1/2013 Update: Sorry to report the Hoka One One shoes didn’t help – they have too much of a heel, which pushes me on to my forefoot…OWWWWWW (bunion)…I eventually just bit the bullet and got used to the more rigid new MBTs (Mahuta) and after a few weeks of feeling like I’d been run over by a bus, my muscles/bones seem to have realised that the cushy ride is no longer available…and they’ve adapted! I’ve also been doing a lot more cross-training (a variety of Jillian Michaels DVDs  – (kickboxing is my current  fave)  – which has helped a lot, I think…

22/7/2013 Another Update: Guess what? Those Hoka One One’s have become my Favourite Running Shoes! No forefoot/bunion pain from them now!? After 6 months of running in the MBT Mahuta’s (which aren’t designed for running), I began to develop major inwards ankle rolling. The base on the Mahuta’s really isn’t wide enough for running…and as I tried to increase distance for the longer runs I have coming up, I just seemed to roll further and further inwards…which resulted in chronic calf/quad/ITB niggles. The good thing about the Mahuta’s was that I was able to get back to running on a ‘harder’ sole….SO…when I recently dug out the Hoka’s, with their much wider base and better ankle roll prevention …and relatively cushy padding…the ankle rolling was much reduced! And [gasp] I put those rock hard fibre glass orthotics into the Hoka’s too (I was really concerned re chronic rolling)….so far, so good!! Yes, I can feel some plantar fascia strain from the orthotics but have since discovered  I can significantly offset this with HEAPS of stretching….Right. Now to get into to some good ( ‘relatively’ pain free 🙂 training runs!

Inspiration Sources: The following list includes 10 blogs/people that have particularly inspired me re: sewing

”Thank You” for your inspiring posts/help/laughs!

And “Thank You” to all readers and commenters on my blog – you inspire me to keep sewing better!! 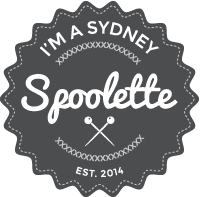